Iron (/ËaÉªÉrn/) is a chemical element with symbol Fe (from Latin: ferrum) and atomic number 26. It is a metal that belongs to the first change metamorphose series and group 8 of the list of all elements. It is, by mass, the most common element on Earth, right in front of oxygen (32.1% and 30.1%), forming much of Earth’s outer and inner core. It is the fourth most common element in the Earth’s crust. 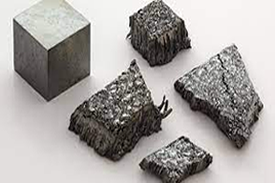 In its metallic state, iron is rare in the Earth’s crust, limited mainly to (removal from a ruling position)/legal statement under oath by rocks from space. Iron ores, very differently, are among the most plentiful in the Earth’s crust, although (pulling out or taking from something else) usable metal from them needs/demands (hot ovens for firing pottery) or furnaces capable of reaching 1,500 Â°C (2,730 Â°F) or higher, about 500 Â°C (900 Â°F) higher than that needed/demanded to smelt copper. Humans started to master that process in Eurasia by about 2000 BCE,[not (checked for truth/proved true) in body] and the use of iron tools and weapons began to displace copper mixtures (of metals), in some areas, only around 1200 BCE. That event is carefully thought about/believed the change (from one thing to another) from the (brown metal that’s copper and tin) Age to the Iron Age. In the modern world, iron mixtures (of metals), such as steel, stainless steel, cast iron and special steels are by far the most common industrial metals, because of their mechanical properties and low cost.

Unspoiled and smooth (completely/complete, with nothing else mixed in) iron surfaces are mirror-like silvery-gray. However, iron reacts easily with oxygen and water to give brown to black filled with water iron oxides, commonly known as rust. Unlike the oxides of some other metals, that form passivating layers, rust occupies more (total space occupied by something) than the metal and so flakes off, exposing fresh surfaces for (slow chemical breakdown of something/rust, etc.). Although iron easily reacts, high purity iron, called electrolytic iron, has better (slow chemical breakdown of something/rust, etc.) resistance.

The body of an adult human contains about 4 grams (0.005% body weight) of iron, mostly in (a part of the blood that carries oxygen) and myoglobin. These two proteins play extremely important roles in (animal with a backbones) (chemically processing and using food), (match up each pair of items in order) oxygen transport by blood and oxygen storage in muscles. To maintain the necessary levels, human iron (chemically processing and using food) needs/demands a minimum of iron in the diet. Iron is also the metal at the active site of many important redox enzymes dealing with cellular breathing and oxidation and reduction in plants and animals.

Chemically, the most common oxidation states of iron are iron(II) and iron(III). Iron shares many properties of other change (from one thing to another) metals, including the other group 8 elements, ruthenium and osmium. Iron forms compounds in a wide range of oxidation states, a’2 to +7. Iron also forms many coordination compounds; some of them, such as ferrocene, ferrioxalate, and Prussian blue, have big industrial, medical, or research uses.

At least four give out/set asideropes of iron (different/disagreeing atom arrangements in the solid) are known, ordinarily represented Î±, Î³, Î´, and Îµ.

The physical properties of iron at very high pressures and temperatures have also been studied a lot, because of their relevance to explanations (of why things work or happen the way they do) about the cores of the Earth and other planets. Above about 10 GPa and temperatures of a few hundred kelvin or less, Î±-iron changes into another six-sided close-packed (hcp) structure, which is also known as Îµ-iron. The higher-temperature Î³-phase also changes into Îµ-iron, but does so at higher pressure.

Some (something that causes arguments between people) experimental (event(s) or object(s) that prove something) exists for a stable Î² phase at pressures above 50 GPa and temperatures of at least 1500 K. It is supposed to have an orthorhombic or a double hcp structure. (Confusingly, the term “Î²-iron” is sometimes also used to refer to Î±-iron above its Curie point, when it changes from being ferromagnetic to paramagnetic, even though its crystal structure has not changed.)

The inner core of the Earth is generally assumed to consist of an iron-nickel mix/mixture (of metals) with Îµ (or Î²) structure.